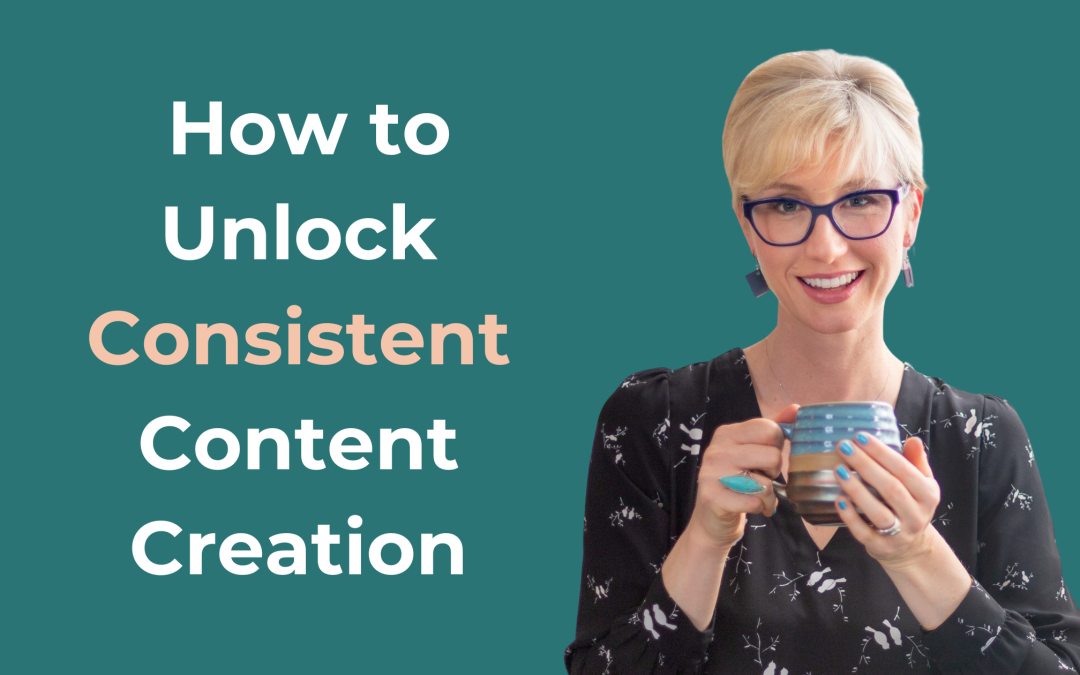 So many soul-led business owners struggle when it comes to consistently creating content.

And then have no idea what to say on social media for the rest of the week.

Or they collect tons of ideas in Google Docs, Evernote, or voice memos…

But never manage to turn them all into completed content.

They’re incredibly passionate about their work, so why is it so dang hard to show up online consistently?

Let’s start with what’s NOT true.

Lack of consistency is not caused by lack of commitment.

And it’s not caused by a lack of good ideas or writing chops.

What causes inconsistency is actually the concept of “consistency” itself.

Most people think about it completely backwards!

What if you were “failing” at being consistent simply because you were trying to force your creativity into a shape that isn’t right for it?

Here’s my complete 180 reframe of what it means to consistently create content so you can stop feeling bad for not being consistent, and start actually being magnetic.